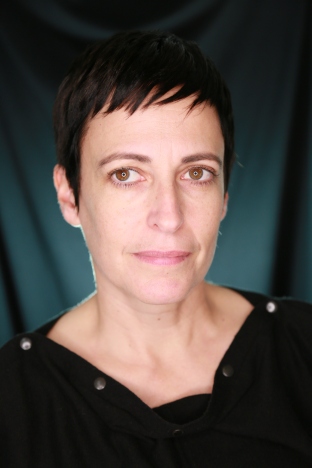 I am a scholar, critic and independent curator based in Los Angeles, California. I write about sexual politics, art and sports — sometimes all at once. My recent work is centered on sexual harassment.

I am a professor of English at University of California, Riverside. At UCR, I teach arts-centered courses in Gender Studies/Queer Theory and American Literature/Visual Culture. As a curator, I advocate for performance-centered practices and have worked with Los Angeles Contemporary Exhibitions, the Vincent Price Art Museum and The Broad in Los Angeles. I am a member of the Board of Directors for Human Resources Los Angeles (HRLA), a non-profit arts space and curatorial collective based in Chinatown, and have been involved with HRLA since 2012. I maintain a website listing PhD programs that have stopped using the GRE, and started a crowdsourcing project listing MA programs in English that offer partial or full funding.

Highlights from 2019 include being in conversation with the brilliant artist Jenny Saville, and having an article I co-wrote with Brenda Elsey retweeted by Women’s World Cup champion Alex Morgan. I tried out an ungraded syllabus  and don’t plan to look back!

A few words about my books:

Campus Sex/Campus Security (Semiotext(e), 2015) describes the psychic life of the campus as it swings between sexed and raced anxieties about exposure, vulnerability and risk. It is informed by anti-sexual harassment/sexual violence policy, discourse about Title IX and federal compliance, and by a series of cases of police brutality directed at campus protesters and students and faculty of color. Reviewed by Melissa Gira Grant in Bookforum.

Hold It Against Me: Difficulty and Emotion in Contemporary Art (Duke University Press, 2013) models a critical practice centered on the challenge of addressing politically overdetermined forms of experience as they are conjured and worked-through by artists like Ron Athey, Nao Bustamante, James Luna, Aliza Shvarts, Carrie Mae Weems and David Wojnarowicz. Honored with an essay by Peter Coviello, for the series “No Crisis”, on the state of criticism.

Sex Objects: Art and the Dialectics of Desire (University of Minnesota Press, 2006) explores what artists have to teach us about sexual life — this book addresses subjects like boredom, humiliation, anxiety and sexual failure as encountered in the work of Vaginal Davis, Thomas Eakins, Tracey Emin, Herman Melville and Andy Warhol.

My art criticism has appeared in publications like Frieze, Art Journal, X-TRA and Artbound. My sports writing takes the shape of feminist commentary and has appeared in The New York Times, The Guardian and Deadspin. This work grew from a blogging practice: I blogged at From a Left Wing from 2007 through 2013.